Workflow of the project:

5) the joy of the finished product

Our FabLab master Míra was wondered what kind of gift he would give to his amazing girlfriend Lucka. She likes her earrings and chains that she holds in a small plastic box. These treasures has already overwlofed over the edge of their box. He thought that this time he won't stand in queues on the 23rd of December but he will use our great machines in FabLab to produce a jewellery box to her girlfriend.For a while he searched for inspiration on the Internet until he encountered this manual at Instructables. Because he didn't like the angular corners he decided for his own design that was created in software Fusion 360 - the first few pictures. Then he solved where to get the material. There aren't many places in Brno where you could get massive wood, so the choice was clear: Hobbylab. Here he bought the oak plank after consultation with Pepa Sedláček. The planer aligned it from both sides and after 2 hours he left with 2 peices of machined massive wood.

Now the more complicated part has come, physical production. With great help of Honza Chromec, a colleague from Core Team, he has prepared the data in Fusion and he went into milling. First he started to milling the drawer. Milling went well but when the drawer was removed from the vacuum, it collapsed into two pieces. Because there was a crack in it, the material was essentially split due to the vibrations. The bottom of the jewellery box was milled with a clamp to eliminate the vibrations. The crack on the part was visible but the part didn't break. The wood glue was gently squeezed into the joint and secured with another clamp.

Now it was still necessary to make the center and top  parts. The center piece was milled as well as the bottom but milling procedure has just been swapped. First was milled the outline and then the inner pocket. There was a crack in the centerpiece again, but this was repaired again with a glue and a clamp. Once the adhesive has hardened, the bottom and center pieces have been glued together and removed with clamps.

The last was milled the upper part which was more difficult to milling in that it was milled from both sides. First was needed to drill the pin holes, then cut out the contour, clamp the clamps, mill the top pocket, remove the piece from the pin attachment, insert the pins, rotate the material properly and then mill the remaining bottom pocket. This was already done by our expert Honza, since Míra was afraid that it would spoil it and also because it was the only attempt they had, because there wasn't enough material for a corrective trial. Everything went well and the patient survived the surgery, as seen in the last few photos. First you can see the assembled unprocessed jewelerry box and then the abrasive grinder. To compare the size, photos are with phone Samsung A3.

There was still a need to solve the space in the jewellery box make jewellery not to quarell about the space they are entrusted with. Here comes our laser on which several types of pieces were cut so that space can be simply divided, but also to be later adjusted. The result of the divison is visible in the last photo.

The price of the project was only material since Míra almost modeled and produced everything. The material was in the hundreds of hundreds but pleasure that his girlfriend have something that she will use every day is priceless. 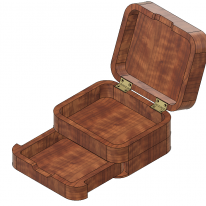 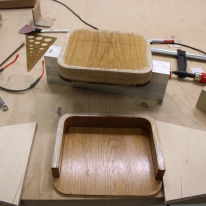 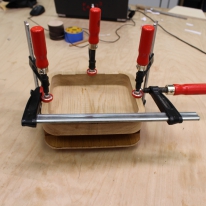 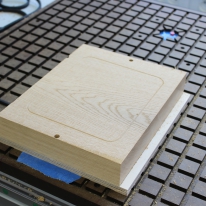 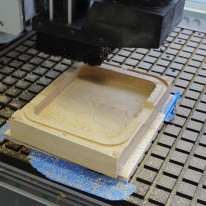 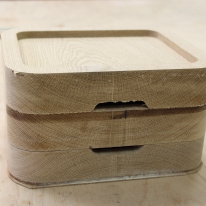 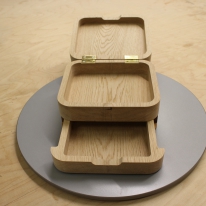 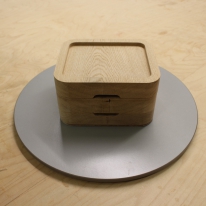 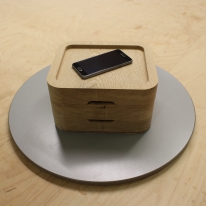 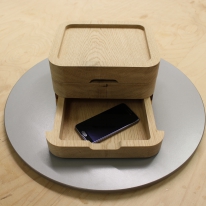 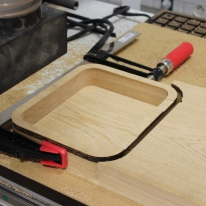 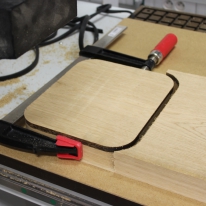 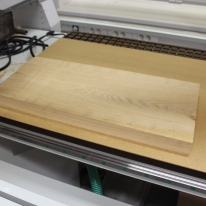 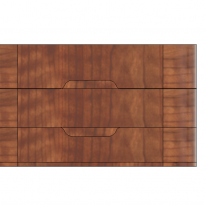 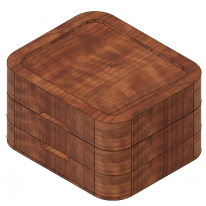 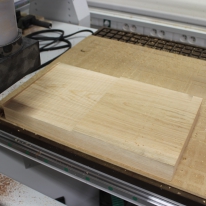 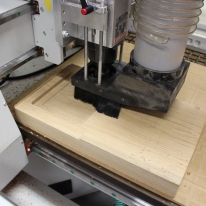 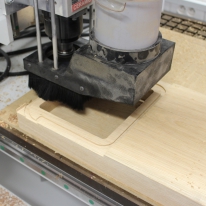 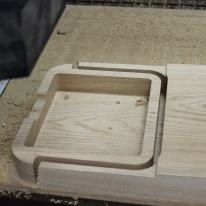 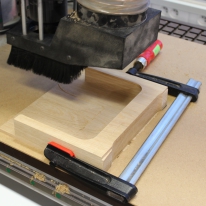 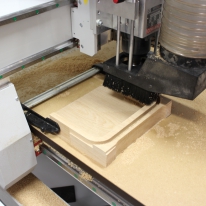 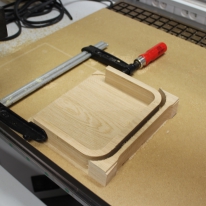 The Trotec Speedy 300 allows you to cut, engrave and mark wood, paper board and plexiglass up to a thickness of 8 mm with a maximum area of 726 x 432 mm.

I want to know more > Be creative with us > 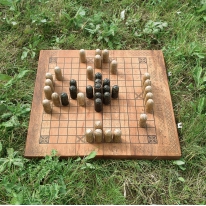 Want to keep track of what's going on at FabLab?